Dean Wanda J. Blanchett Elected to AACTE Board of Directors 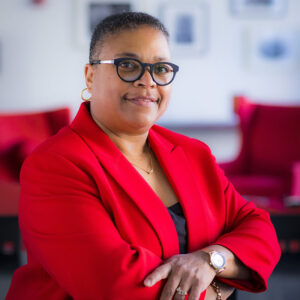 Congratulations to Rutgers Graduate School of Education Dean Wanda J. Blanchett on her recent election to the Board of Directors of the American Association of Colleges for Teacher Education (AACTE).

Blanchett will serve a three-year term on the board beginning March 1, 2016.  In advance of her official appointment, Blanchett and her fellow newly elected board members will attend an orientation and join the next meeting of the full AACTE Board of Directors in February.

The American Association of Colleges for Teacher Education represents more than 800 postsecondary institutions with educator preparation programs dedicated to high-quality, evidence-based preparation that assures educators are ready to teach all learners. AACTE’s Board of Directors is composed of both elected and appointed members and ranges in size from 18 to 25 members, 14 of whom are selected through national elections. The Board of Directors determines the policies that guide the program of activities of AACTE. It meets at least twice per year, to carry out its functions in connection with the operation and evaluation of the organization’s national program.